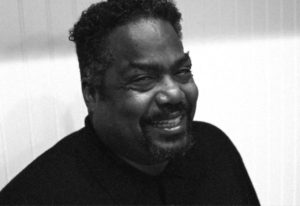 Pianist, singer, composer, director, Alvin Waddles began studying the piano at the age of eight in his hometown of Detroit. He continued his studies at the Interlochen Arts Academy and the University Of Michigan School Of Music. After returning home to Detroit he immediately immersed himself in the rich musical culture of the city, benefiting from the diverse influences that would eventually shape his own unique style.

Mr. Waddles has worked in the Detroit and Ann Arbor Public Schools and currently serves as Musical Consultant/Musical Director for the Mount Vernon Public Schools, Performing Arts Dept in New York. He has also served as Music Ministries of several churches; among them, the historic New Bethel Baptist Church, Hartford Memorial Baptist and Hope United Methodist in Southfield, Michigan where he has served as the Director of Music since 1995.

He has been musical director and/or pianist for numerous theatrical productions including: The Wiz, The Color Purple, Dreamgirls, Chorus Line, West Side Story, Sophisticated Ladies. He served for a decade as Musical Director for The Three Mo’ Tenors, aka Cook, Dixon & Young and their touring productions and recordings.

He received rave reviews as a featured performer in the Detroit Music Hall’s long running production of Ain’t Misbehavin’. During the 2010-2011 season his diverse gifts were on full display when, within a two week period, he sang the role of Crown for Bowling Green State University’s production of Gershwin’s ‘Porgy and Bess’ and played the composer’s ‘Rhapsody in Blue’ with the Michigan Opera Theatre Orchestra.

Mr. Waddles has delighted Detroit music lovers with performances in a variety of musical events including the Detroit International Jazz Festival and the Detroit Festival of the Arts. He is the featured piano soloist in the often-sold-out annual productions of “Too Hot to Handel” in both Detroit and Chicago and can be found performing wherever music is celebrated from festivals to jazz clubs, and performing arts venues. Waddles received the 2010 Excellence Award from Detroit Musicians Association and the Detroit City Council’s 2015 Spirit of Detroit Award. This year he was the 2018 Artist in Residence at the Tuba Bach Festival in west Michigan.