Each June, the Great Lakes Chamber Music Festival brings a contingent of the world’s finest chamber musicians to metro Detroit for two weeks of performances in spectacular downtown and suburban venues. 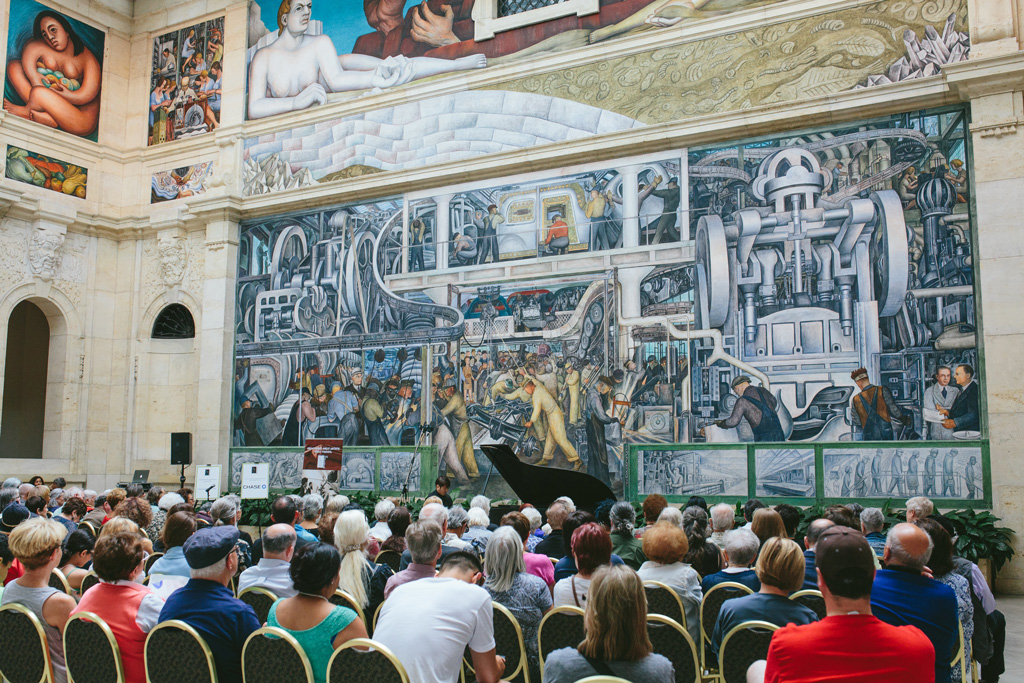 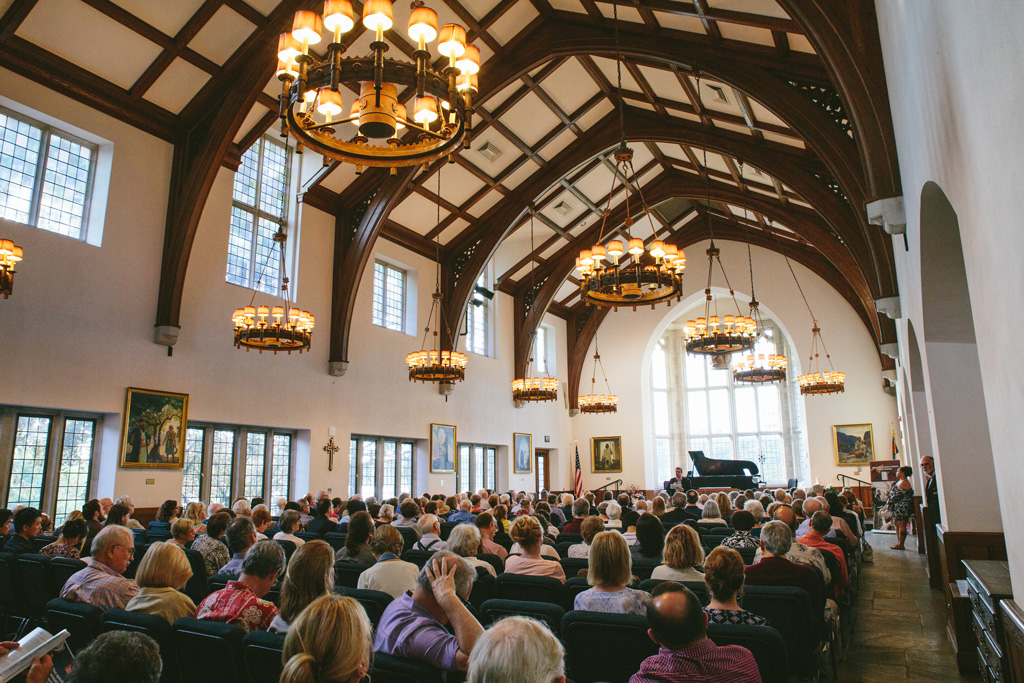 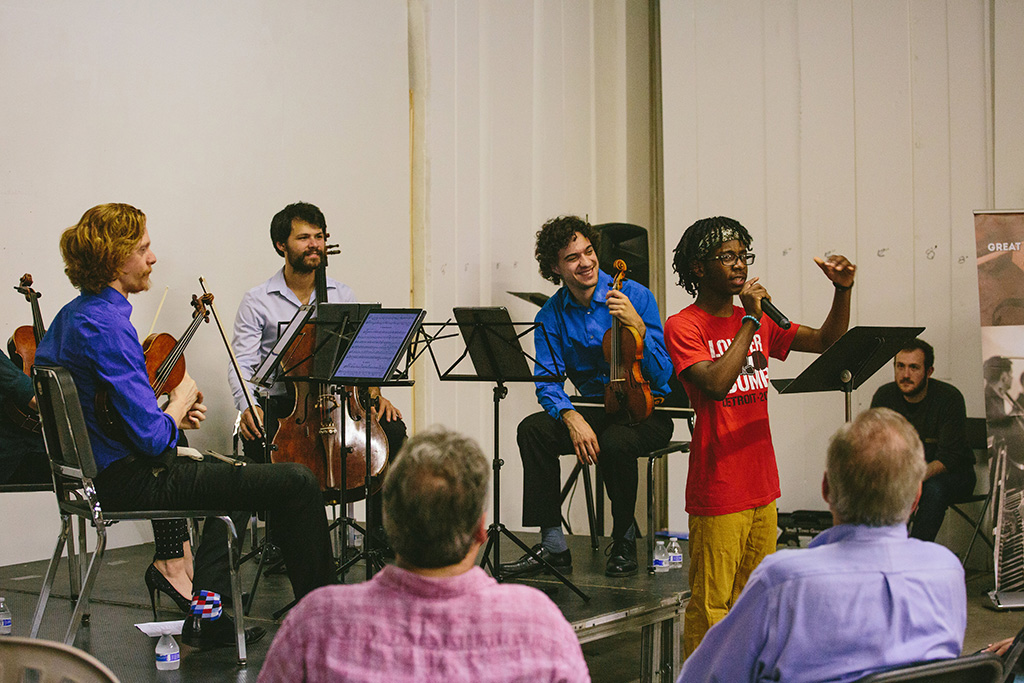 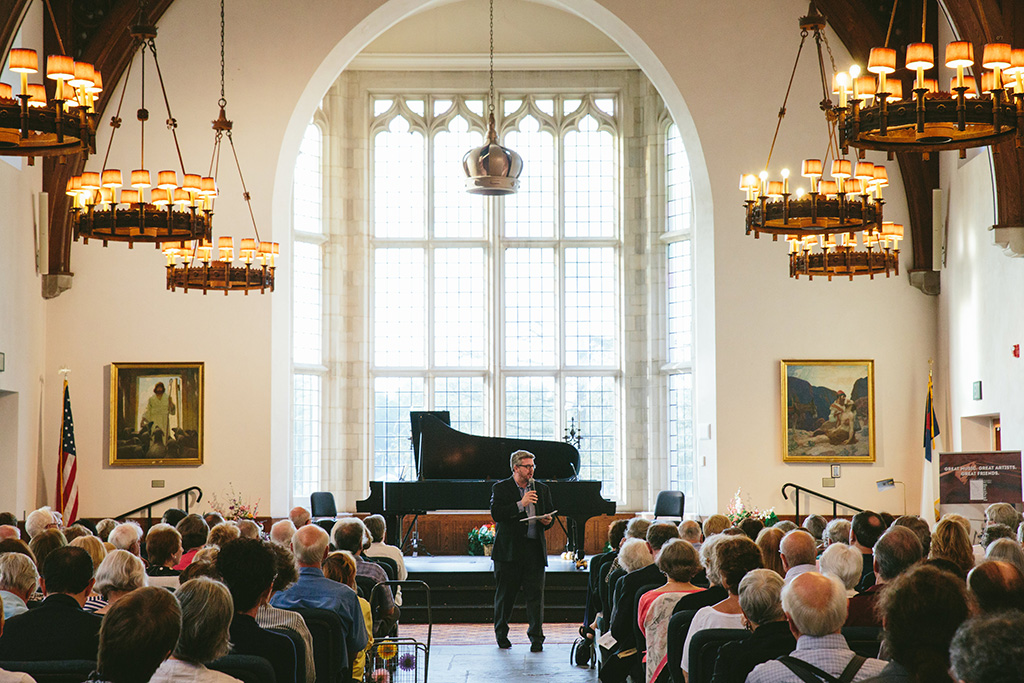 Great Lakes Chamber Music Festival brings together the world’s finest musicians to offer extraordinary musical performances and experiences. We celebrate, preserve and advance the intimate musical dialogue that is unique to chamber music through performance and education, enhancing the cultural environment of the Great Lakes Region for generations to come.

We will be recognized as a catalyst for inspiration, the leading conductor of energy for chamber music and a beacon of diversity and personal fulfillment in the community.

CELEBRATE EXCELLENCE
Driven to facilitate the finest performances by the world’s greatest artists.

IGNITE PASSION
Inspire a lifelong appreciation for the arts.

PROMOTE DIVERSITY
Committed to an inclusive and welcoming culture where differences are valued.

The Great Lakes Chamber Music Festival was born in 1994 of a remarkable relationship between religious and cultural institutions. A secular event, the Festival is sponsored by three religious institutions (representing Catholic, Jewish, and Protestant faiths) and Detroit Chamber Winds & Strings, a prominent musical ensemble that also provides administration for the Festival.

In two weeks each June, the Great Lakes Chamber Music Festival presents more than 20 concerts in southeastern Michigan. Many of these performances occur in the venues of the Festival’s sponsors – St. Hugo of the Hills Catholic Church, Temple Beth El, and Kirk in the Hills Presbyterian Church. Additional concert locations have included the Detroit Institute of Arts, Kerrytown Concert House (Ann Arbor), Seligman Performing Arts Center, various locations in Grosse Pointe, the Capitol Theatre in Windsor (Ont.) and St. Thomas Aquinas Church in East Lansing. A special highlight was a performance at the Library of Congress, in Washington, D.C.

The 2015 Festival marked the inaugural season of cellist Paul Watkins as the Festival’s Artistic Director.  In this role, he follows the Festival’s founding Artistic Director, James Tocco, who retired in 2014.  The cellist of the Emerson String Quartet, Mr. Watkins is an accomplished instrumentalist, pianist, and conductor.  In his role as Festival artistic director, he will continue the Festival’s tradition of engaging world-class musicians and creating imaginative projects.

Dedication to artistic excellence has brought considerable attention to the Festival. Its concerts have been featured on NPR’s Performance Today, and the Festival has released two compact discs on the Gasparo label, a disc on the Newport Classics label, and a disc on Albany Records. The national media has also paid the Festival favorable attention, with previous mention in the Wall Street Journal, The New York Times, and Travel and Leisure Magazine.

We are excited to announce the incredible Senghor

It's not often you get to watch a Grammy-nominated

This week we have a special entry into our employe

We are excited to announce that we have received s

It's not too late to buy tickets to our first vign

"The poems [...] represent an enormous transition

Today we'd like to honor the life of iconic textil