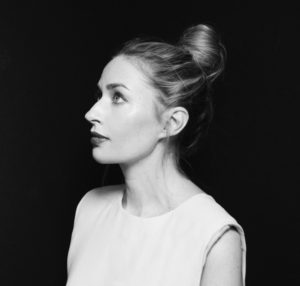 Recently deemed “one of the decade’s more gifted, up-and-coming modern classical composers” (Pitchfork), “a potentially significant voice on the American music landscape” (David Patrick Stearns, Philadelphia Inquirer), and “an important representative of 21st century trends in composition (New York Classical Review),composer Sarah Kirkland Snider writes music of direct expression and vivid narrative that has been hailed as “rapturous” (The New York Times), “haunting,” (The Los Angeles Times), and “strikingly beautiful” (Time Out New York). With an ear for the poetic and the architectural, Snider’s music draws upon a variety of influences to render a nuanced command of immersive storytelling. Of her orchestral song cycle, Penelope, Pitchfork‘s Jayson Greene proclaimed: “Snider’s music lives in…an increasingly populous inter-genre space that, as of yet, has produced only a few clear, confident voices. Snider is perhaps the most sophisticated of them all.”

Recent world premieres include Embrace, a 40-minute orchestral ballet for the Birmingham Royal Ballet(UK) with choreographer George Williamson, at Sadler’s Wells Theatre in London; Mass for the Endangered, a 38-minute work for Trinity Wall Street Choir and NOVUS NY, conducted by Julian Wachner, on text about endangered animals by Nathaniel Bellows; The Blue Hour, an evening-length collaborative song cycle for Far Cry string orchestra and vocalist Luciana Souza on poetry by Carolyn Forché. The 18/19 season world premieres will include You Must Feel With Certainty, commissioned by the Guggenheim Museum for VOX Vocal Ensemble on text by painter Hilma af Klint to celebrate her Guggenheim retrospective Paintings for the Future; a work for flute and piano for flutist Allison Loggins-Hull; and a new arrangement of Snider’s song cycle Penelope for a new staged production by Kansas City Lyric Opera. Upcoming projects include Tongue of Fire, an opera on 12th century visionary/abbess/composer Hildegard von Bingen commissioned by Beth Morrison Projects, with a grant from Opera America, to premiere at Prototype Festival in  January 2021.

Other 18/19 season highlights include nine performances of Snider’s fourth orchestral work, Something for the Dark, including its European premiere with Maestro Andreas Delfs and the Aarhus Symfoniorkester at the Hamburg Elbphilharmonie. Commissioned by the Detroit Symphony Orchestra in 2014 when Snider won the Detroit Symphony Orchestra’s Elaine Lebenbom Memorial Award, Something for the Dark’s other performances will be given in the U.S. and Denmark by the Boulder Symphony, the Kansas City Symphony Orchestra, the Rutgers Symphony Orchestra, the Mannes Orchestra, and the Aarhus Symfoniorkester. Her 27-minute work for orchestra (and optional film by Mark deChiazza), Hiraeth, originally commissioned by North Carolina Symphony and Princeton Symphony Orchestra, will be performed by the Arapahoe Philharmonic and the Columbia Orchestra. In addition to the Kansas City Lyric Opera’s new production, her song cycle Penelope will also be toured in Holland’s renowned Cross-linx Festival, by soprano Nora Fischer and the Doelen Ensemble, and performed by soprano Mary Bonhag and TURNmusic in Vermont.

Recent performance highlights include a new European production of her acclaimed song cycle Unremembered at Germany’s Podium Festival and Holland’s Oranjewoud Festival in spring 2018, and the 2017 tour of the album production of Unremembered in the U.S. and Europe—in which vocalists Padma Newsome, Shara Nova, and D.M. Stith gave twelve performances with various ensembles at venues including Knoxville’s Big Ears Festival (with The Knights), Liquid Music (with the St. Paul Chamber Orchestra), the SHIFT Festival (with North Carolina Symphony), and Holland’s Cross-linx Festival (with the Doelen Ensemble and Codarts Rotterdam). Other recent highlights include the UK premiere of Penelope with mezzo-soprano Jessica Walker and Psappha; the National Symphony Orchestra and Detroit Symphony Orchestra (under Leonard Slatkin) performances of Something for the Dark; the New York Philharmonic’s CONTACT series performance of her chamber work Thread and Fray; and the BAM Next Wave Festivalpresentation of Ouroboros, part of Epiphany, an immersive multimedia installation for the Young People’s Chorus of New York.

The 2014 winner of the Detroit Symphony Orchestra’s Elaine Lebenbom Memorial Award for female composers, Snider has also received grants and awards from Opera America, National Endowment for the Arts, New Music USA, the Sorel Organization, and the Jerome Composers Commissioning Fund, as well as Yale School of Music prizes and young composer honors. She was recently named one of the “Top 35 Female Composers in Classical Music” by The Washington Post, and in 2011, was one of three composers spotlighted in the NPR feature “100 Composers Under 40.” For the 18-19 season, Snider will be Composer-in-Residence at University of Colorado-Boulder College of Music, as well as a featured guest composer at Knoxville’s Nief-Norf Festival. Snider was also Co-Composer-in-Residence at the Bowling Green State University New Music Festival in 2017, and guest composition faculty at the 2018 HighSCORE Festival in Pavia, Italy. She has also served as guest composer faculty at the So Percussion Summer Institute for the past five years.

January 2020 will see the commercial release of Snider’s third full-length album, Mass for the Endangered. Performed by Trinity Wall Street Choir and NOVUS NY under the direction of Julian Wachner, the album will be co-produced by esteemed choral conductor Gabriel Crouch and Snider, and engineered by Andrew Mellor. Other forthcoming commercial recordings of Snider’s work include Something for the Dark, recorded by the North Carolina Symphony for release TBD; You Are Free and Thread and Fray, recorded by Latitude 49 for release TBD; Ballade, recorded by pianist Nicholas Phillips for release on Blue Griffin Records in 2020; and The Reserved, the Reticent, a solo cello piece recorded by Caitlin Sullivan, for release on New Amsterdam Records in 2019.

September 2015 saw the critically-acclaimed release of Snider’s second full-length album, Unremembered, on New Amsterdam Records. An hour-long, thirteen-part song cycle for seven voices, chamber orchestra, and electronics, Unremembered was inspired by poems and illustrations by writer/visual artist Nathaniel Bellows and features vocalists Padma Newsome (Clogs), Shara Nova (My Brightest Diamond), and D.M. Stith, as well as the Unremembered Orchestra (members of Alarm Will Sound, ICE, The Knights, and So Percussion), conducted by Edwin Outwater. A meditation on memory, innocence, and the haunted grandeur of the natural world, Unremembered recalls strange and beautiful happenings experienced during a childhood in rural Massachusetts. Hailed as “a masterpiece” (Paste) and “an intricately magical landscape” (Justin Davidson, New York Magazine), Unremembered “attests to Ms. Snider’s thorough command of musical mood setting” (The New York Times) and “cements her reputation–begun with 2010’s Penelope–as the finest composer for voice of her generation” (Agit Reader.) Declared “Snider’s own brand of New England gothic that would make Edgar Allan Poe proud” (The Washington Post), Unremembered was also called “one of the most significant and harrowing releases of the year” (Thought Catalog); “masterful…a stunning, immensely rewarding experience” (PopMatters); “evocative and strangely beautiful” (Opera News); “warped and eerie” (NPR Songs We Love); “oft-rapturous, characterized by immense poise and sophistication“ (textura); and “a glimpse into an entirely new sound world” (Indy Week). Unremembered was named to dozens of Best-Of-2015 lists internationally including The Washington Post (Top Five), The Nation (Top Five), The Boston Globe’s Steve Smith, The Guardian’s Seth Colter Walls, WNYC, and New Music Box. It was also named one of the 50 Best Classical Works of the Past Twenty Years by Q2 Radio listeners (2015, 2016.)

In 2010, Snider released her first album, Penelope, a J. Paul Getty Center-commissioned song cycle with lyrics by playwright Ellen McLaughlin, featuring vocalist Shara Worden (My Brightest Diamond) and Ensemble Signal, conducted by Brad Lubman, on New Amsterdam Records. Acclaimed as “ravishingly melancholy” (The New York Times), “the year’s most affecting creation” (Time Out New York), and “a gorgeous piece of music and hauntingly vivid psychological portrait” (Pitchfork), Penelopewas named No. 1 Classical Album of 2010 by Time Out New York and one of NPR’s Top Five Genre-Defying Albums of 2010, and received dozens of other year-end best-of citations internationally, including eMusic, textura, WNYC, and The Huffington Post, who named “The Lotus Eaters” one of the Top Ten Alternative Art Songs of The Decade. Charting on both the CMJ 200 and the top ten of Billboard’s Crossover Classical list, Penelope also drew high praise from The Los Angeles Times, New York Magazine, The Believer, New Music Box, and many others, with Pitchfork writing: “No matter what perspective you bring to this album, it bears profound rewards.”

In addition to her work as a composer, Snider is a passionate advocate for new music in New York and beyond. From 2001 to 2007, she co-curated the Look & Listen Festival, a new music series set in modern art galleries. Since 2007 she has served as Co-Director, along with William Brittelle and Judd Greenstein, of New Amsterdam Records, a Brooklyn-based independent record label recently called “the focal point of the post-classical scene,” (Time Out New York) and “emblematic of an emerging generation” (The New York Times), and praised for “releasing one quality disc after another” (Newsweek). In 2011, New Amsterdam created a separate, non-profit organization for its presenting work; in 2017, New Amsterdam revamped its model to function as an all-in-one non-profit record label, presenter, and artist service organization.

Born and raised in Princeton, New Jersey, Snider has an M.M. and Artist Diploma from the Yale School of Music and a B.A. from Wesleyan University. In 2006 she was a Schumann Fellow at the Aspen Music Festival. Her teachers included Martin Bresnick, Marc-Andre Dalbavie, Justin Dello Joio, Aaron Jay Kernis, Ezra Laderman, David Lang, and Christopher Rouse. She lives in Princeton with her husband, Steven; son, Jasper; and daughter, Dylan.

Her music is published by G. Schirmer.