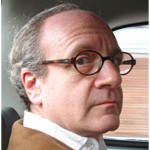 Paul Epstein (b.1950) has been composing, performing, and writing about music since the 1960’s. His works have been commissioned by, among others, the Emerson Quartet, the Hartt School of Music, The South Mountain Festival, the National Symphony, and the Library of Congress. For violinists, Paul Epstein has composed a sonata and a much-performed violin concerto, The Adventures of Matinee Concerto, as Broadcast Live from the Late Twentieth Century; with Notes, both featured at the 1993 Aspen Music Festival. He has written music for off-Broadway, dance, school, cabaret, and TV (ABC, CNN, PBS); and played in every kind of band/genre imaginable. He studied music studies at the Cleveland Institute of Music, then composition at Juilliard with Elliott Carter and Luciano Berio. He has taught at Stony Brook and Pace Universities.