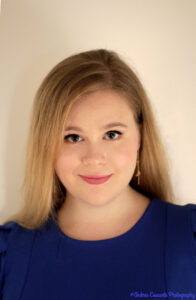 Praised for her “beaming soprano” by Operawire, Melanie Spector is a coloratura soprano on the rise who was born and raised in New York City. She most recently “knocked it out of the park” in her professional debut singing Königin der Nacht in Mozart’s Die Zauberflöte at Eugene Opera in a new production conducted by Andrew Bisantz and directed by Valerie Rachelle. Melanie also recently took her Königin der Nacht across the pond to Germany, where she made her international debut with the Stuttgart Philharmonic under the direction of Dan Ettinger as part of the second annual Internationale Opernwerkstatt Waiblingen: A new, full scholarship program created and directed by renowned baritone Thomas Hampson and soprano Melanie Diener. In 2021 alone, Melanie was a winner in several top competitions and received several awards for her vocal prowess, including an Incentive Award from the SAS Performing Arts Company 2021 Vocal Competition, the New York District of the Metropolitan Opera Laffont Competition and an Encouragement Award in the 2021 Gerda Lissner Lieder/Song Competition. Upcoming performances include singing Gretel in Hansel and Gretel, Königin der Nacht in Die Zauberflöte, and Fiordiligi in Così fan tutte with the Metropolitan Opera Guild as part of their brand-new Access Opera In-School Performance Tour and singing Dahlia in the world premiere of Great Moments in Human History by Gary Sunden with The Opera Next Door. In addition to singing, Melanie can be heard as a regular panelist on the Toll Brothers Metropolitan Opera Quiz during Saturday matinée broadcasts.