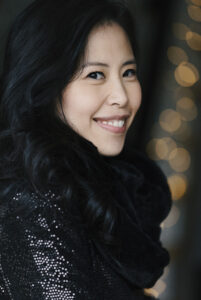 Taiwanese-born pianist Gloria Chien has one of the most diverse musical lives as a noted performer, concert presenter, and educator. She made her orchestral debut at the age of sixteen with the Boston Symphony Orchestra with Thomas Dausgaard, and she performed again with the BSO with Keith Lockhart. She was subsequently selected by the The Boston Globe as one of its Superior Pianists of the year, “who appears to excel in everything.” In recent seasons, she has performed as a recitalist and chamber musician at Alice Tully Hall, the Library of Congress, the Phillips Collection, the Dresden Chamber Music Festival, and the National Concert Hall in Taiwan. She performs frequently with the Chamber Music Society of Lincoln Center. In 2009, she launched String Theory, a chamber music series in Chattanooga, Tennessee that has become one of the region’s premier classical music presenters.  The following year she was appointed Director of the Chamber Music Institute at [email protected] In 2017, she joined her husband, violinist Soovin Kim, as artistic director of the Lake Champlain Chamber Music Festival in Burlington, Vermont. The duo became artistic directors at Chamber Music Northwest in Portland, OR in 2020. Chien received her B.M., M.M., DMA degrees from the New England Conservatory of Music studying with Wha Kyung Byun and Russell Sherman. She is Artist-in-Residence at Lee University in Cleveland, Tennessee, and she is a Steinway Artist.