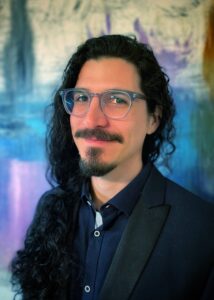 Peruvian-American lutenist Dušan Balarin is an adventurous soloist and accompanist on various lutes and early guitars. His background as an improvising guitarist in South American Jazz and his keen interest in classical studies fuel his imagination for performing chamber and orchestral works from the 16th, 17th and 18th centuries.