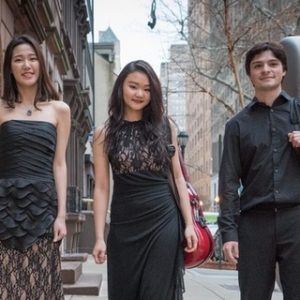 The AYA Trio was formed in 2013 at the Curtis Institute of Music where they have since studied with Peter Wiley as their main coach, Jonathan Biss, Arnold Steinhardt and Meng-Shieh Lieu.

The AYA Trio was awarded 1st prize in the 2018 WDAV Chamber Music Competition as well as advancing to the semi-finals of the 2018 MPrize and Fischoff Chamber music competitions.